What is more Canadian than a long line up up to get your morning/afternoon/evening fix at Tim Horton's??  Nothing.

This month Tim Horton's celebrates their 50th anniversary.  The celebrations kick off this past Thursday with a pop up display in Yonge and Dundas Square...transforming it into a scene from the 1960s (along with free cake and donuts!) 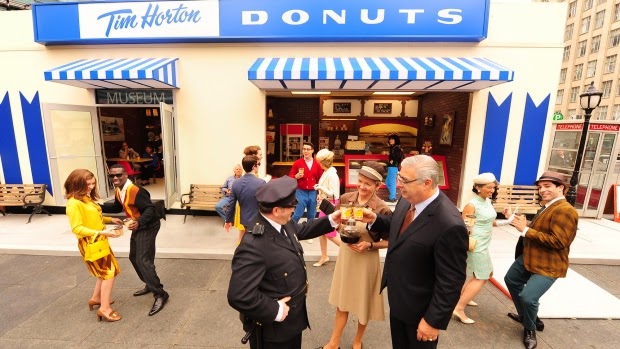 Former Maple Leaf Tim Horton opened his first shop along side former policeman Ron Joyce in Hamilton, ON in 1964. Offering only 2 donuts - the Dutchie and the Apple Fritter and a good ol' cuppa coffee. I guess it was all we needed, because Tim and Ron quickly started setting up franchises across Southern Ontario within only a few short years. 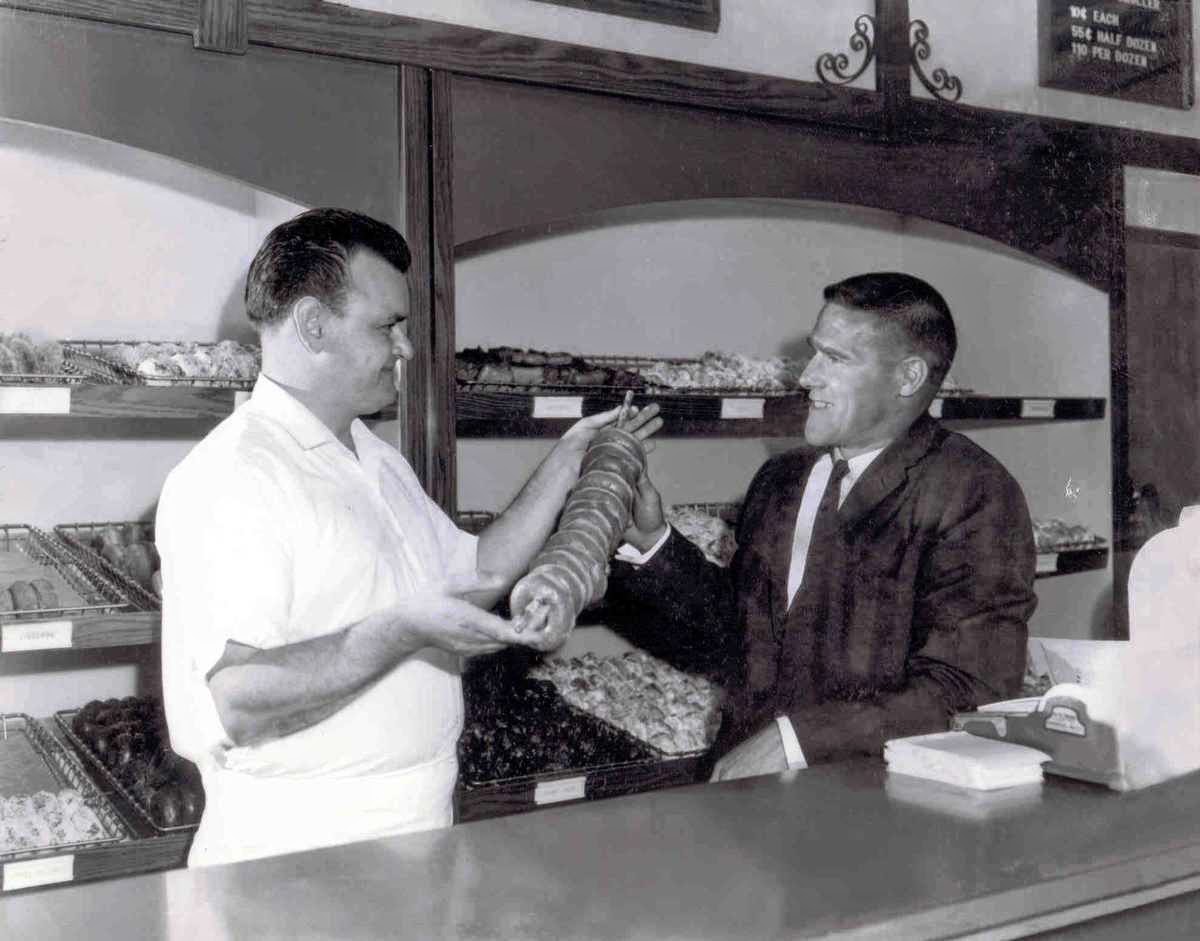 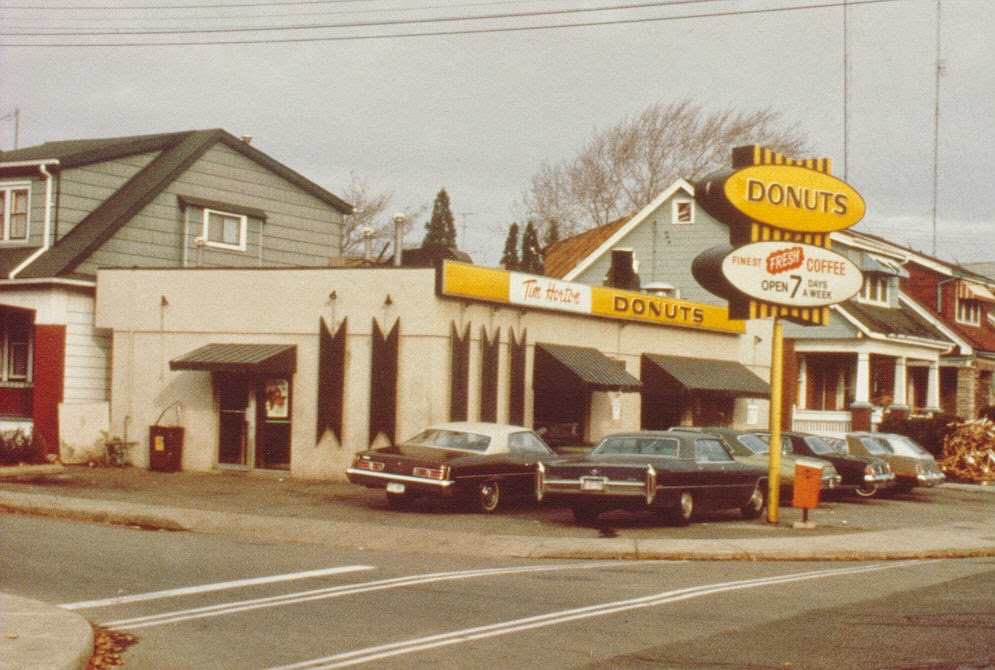 The first shop in Hamilton, ON 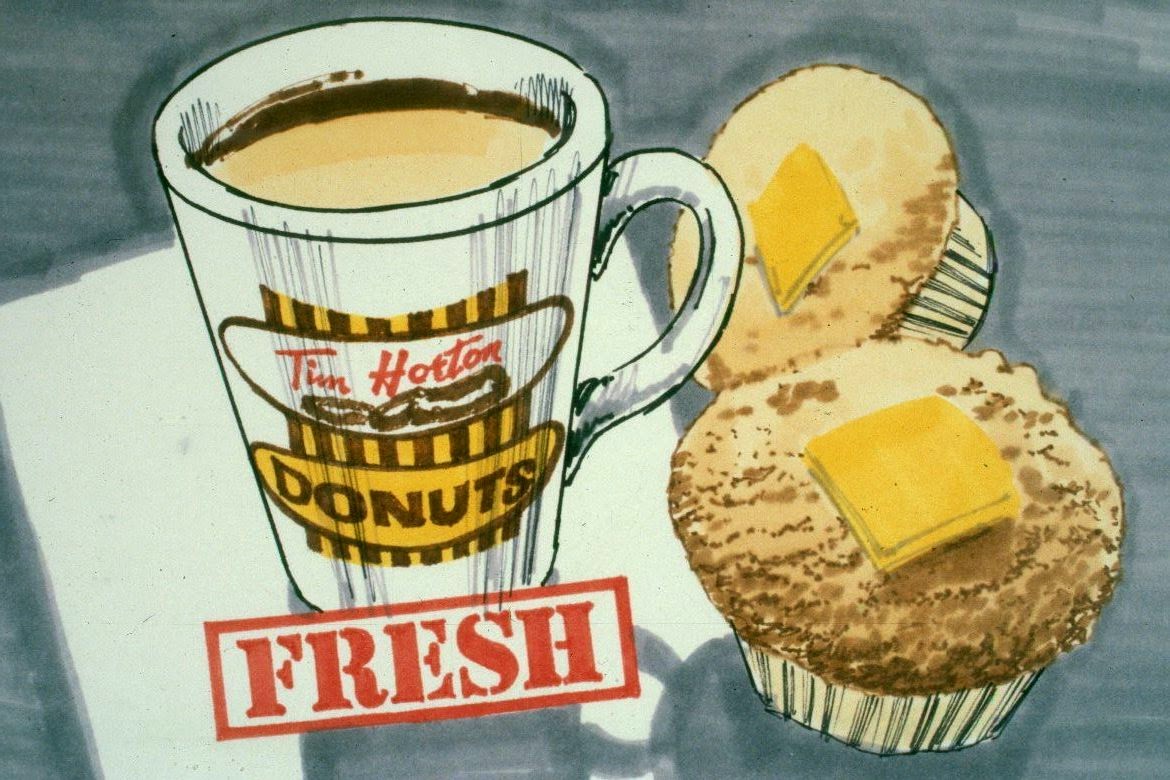 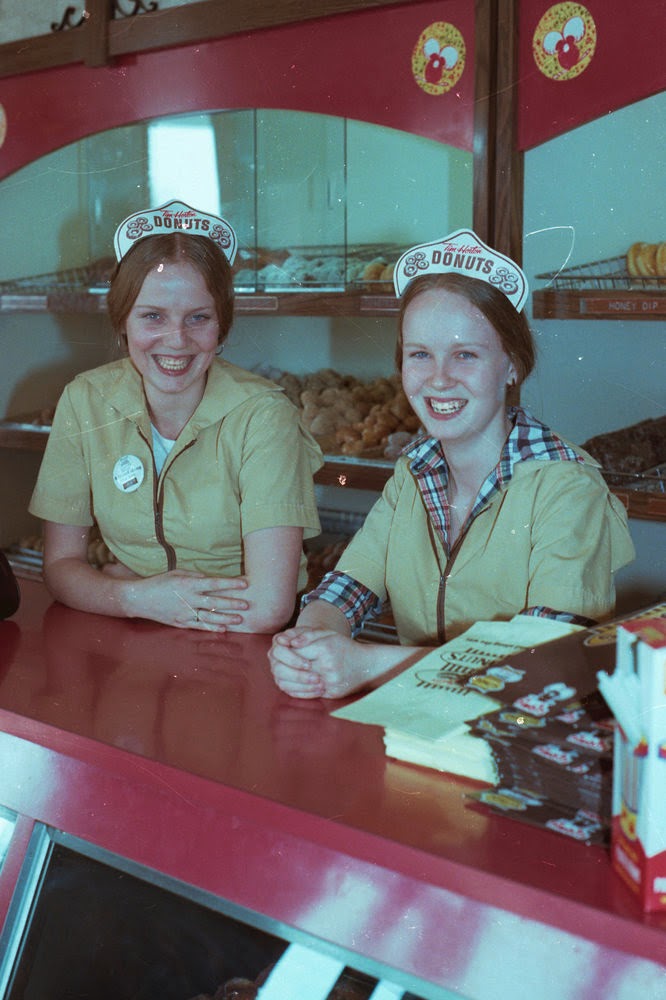 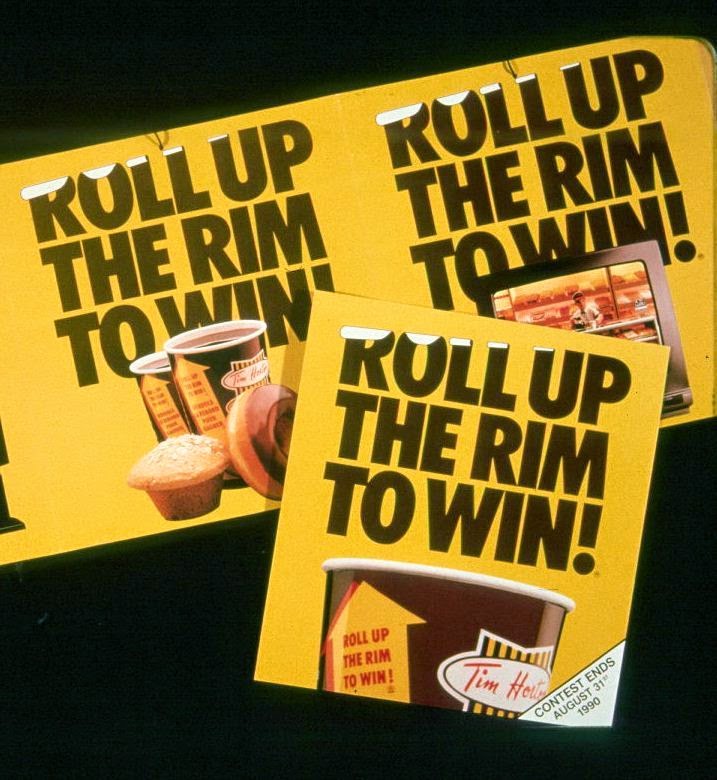 The "Roll up the Rim to Win" campaign is the most recognizable advertising campaign in...dare I say...Canadian history?

Today the company boats over $3 billion a year and 4000 restaurants across Canada and the US!  An infographic was released to celebrate their journey of being "50 Years Fresh"... 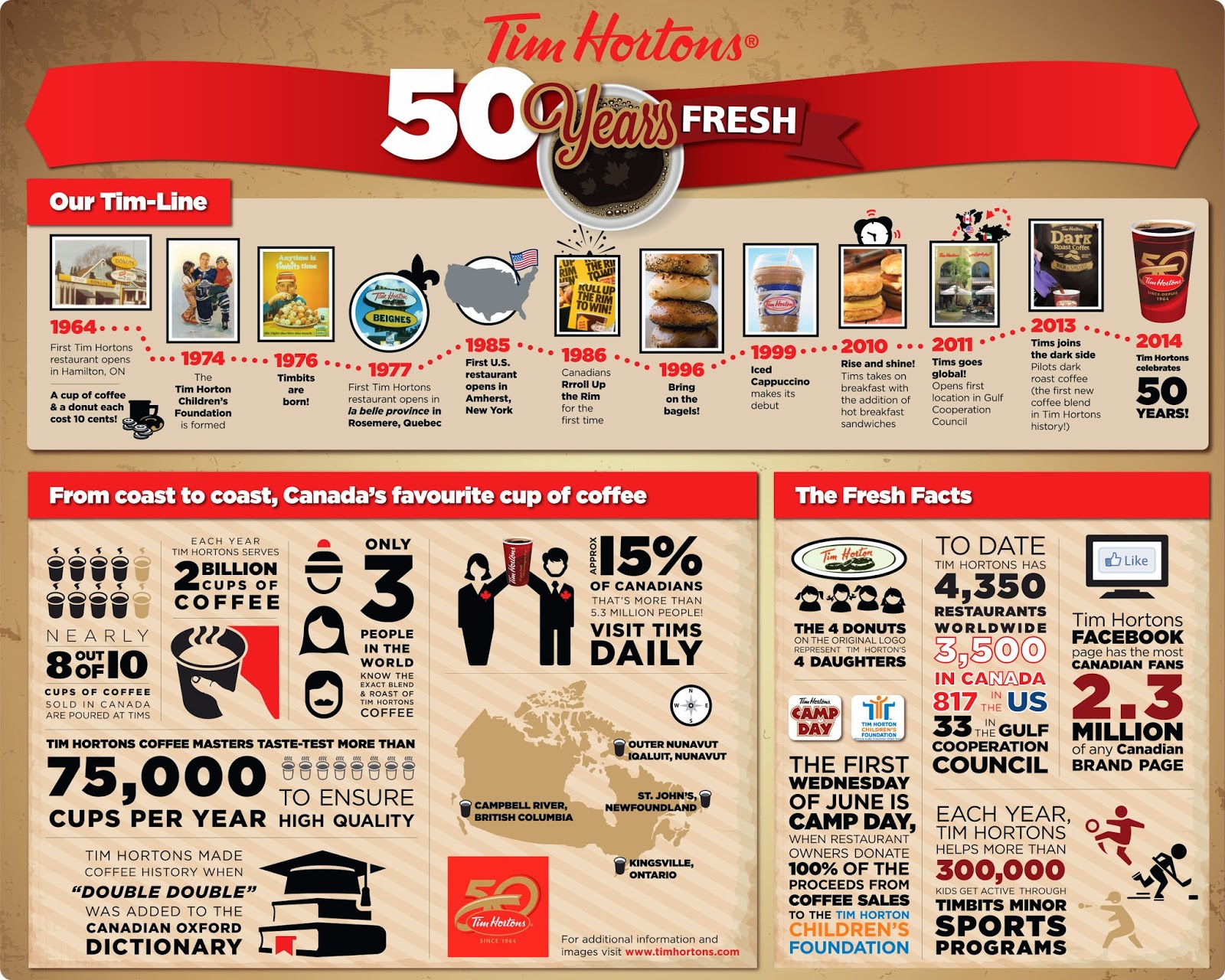 Here are some Tweets from this week's celebrations: 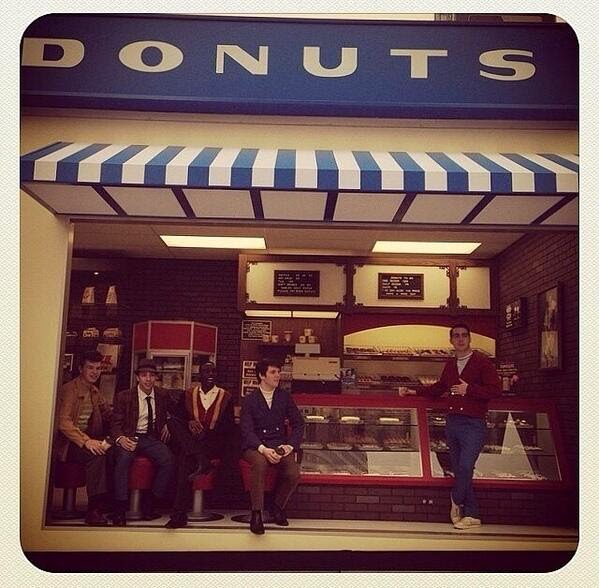 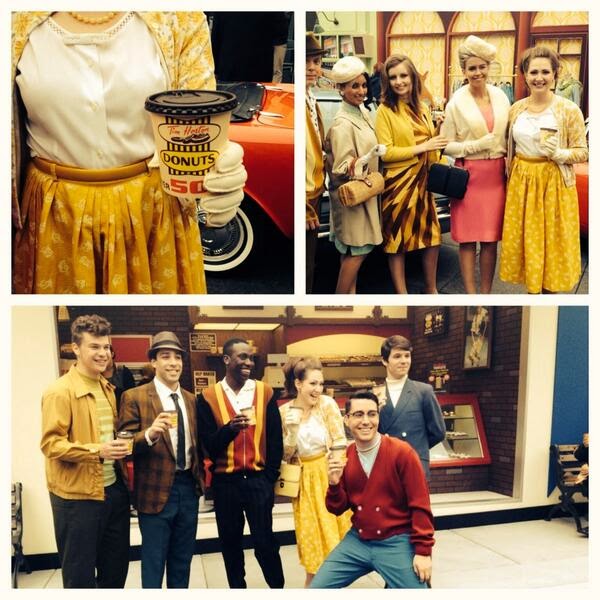 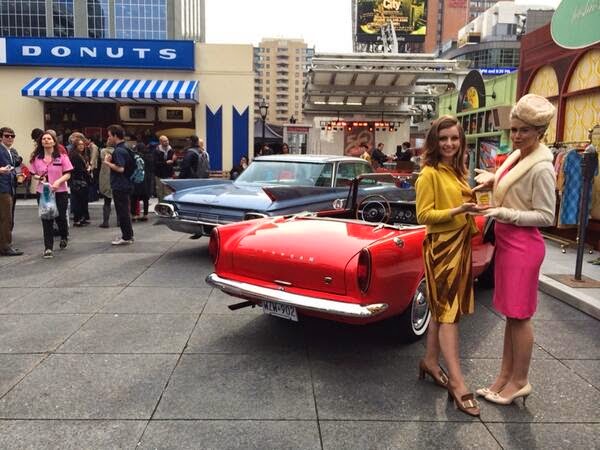 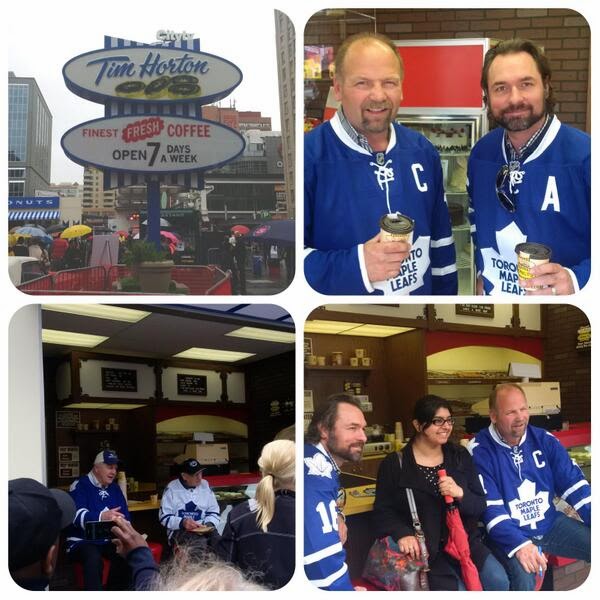 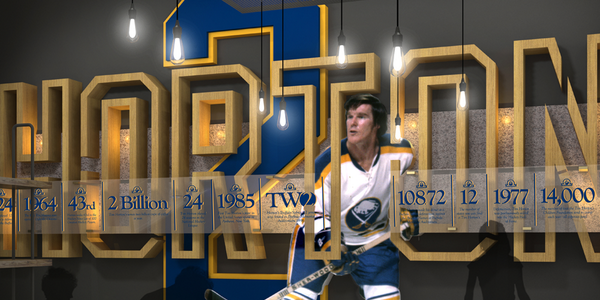 @HARBORCTR: Happy Birthday @TimHortons! Tribute to the life and career of Tim Horton coming to HARBORCENTER this fall #Tims50th pic.twitter.com/fPWfnVqSTm

Posted by Toronto Vintage Society at 11:19 am