The Beat Cave
A guest post by TVS alum-Larissa of Blonde Moxie Makeup
A couple of weeks ago, a very unexpected message landed in my inbox. It was an invitation to a very secret and very small gig put on and performed by Big Rude Jake and his band The Monk Junkies and they were calling it The Beat Cave! 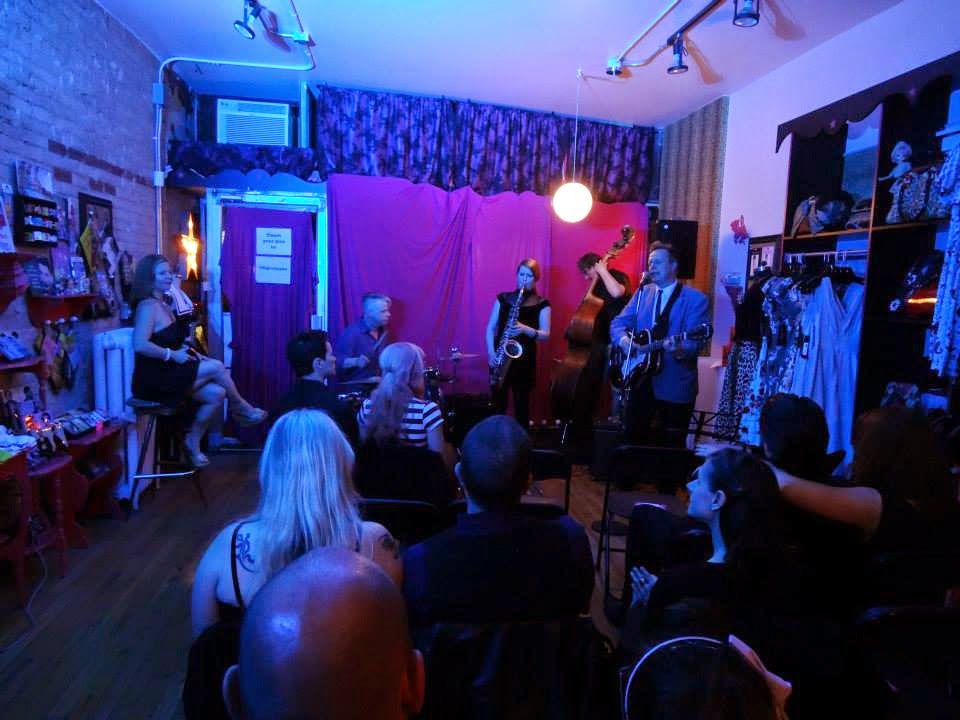 Photo by Kara Dillon
In Jake's own words, a description of the evening - "We want to re-create a kind of 1950’s New York Beatnik coffee house atmosphere. Very cool, very “hip,” very arty in that classic 50’s beatnik way. The music will NOT be free jazz, bee bop or folk. Rather, it will be more like a Tom Waits concert, and the tunes will be very listenable. The selections will be all-original spoken word bits and songs that are poetic, lyrically driven, urban, gritty, and jazzy with a touch of the blues. The whole effect will be like a theatre piece."
I've been addicted to jazz for the last little while. Not just any jazz, not that Kenny G jazz and not the crazy nonsense jazz. The kind of jazz you'd hear on a film noir soundtrack…that dark, mysterious, smoky jazz. Jazz you can drink to. Jazz you can strip to…
Keeping the where's and what's shrouded in secrecy completely added to the invitation. I found out a couple days before the gig that it was to be held at The Doll Factory by Damzels in their new west side location on Roncesvalles. Only 25 people were invited and we were told to "dress the part - open to interpretation".
How could I say no?
So this past Wednesday I pulled out my beatnik duds, teased up my bouffant, tied my scarf and headed to Damzels. 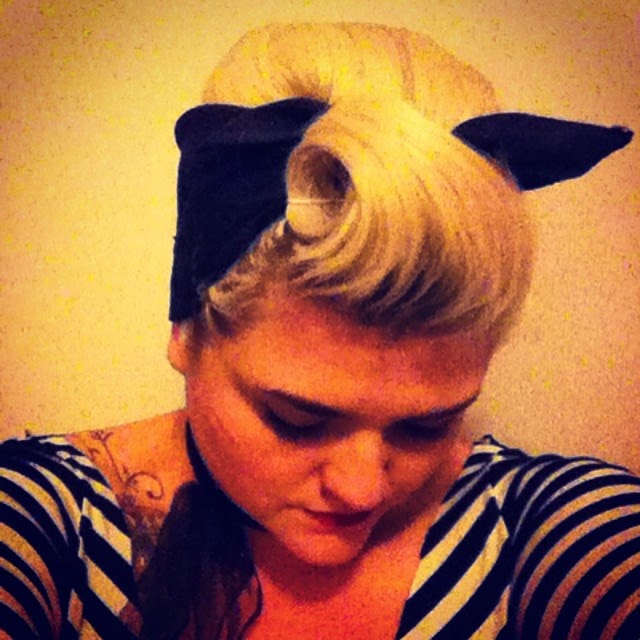 It was a drizzly mizzly night so it totally added to the noir atmosphere. When I got to Damzels I had to get past a door person, I'm surprised there wasn't a secret password that had to be said through a small window at first!  The shop was set up so well, a small stage at the front with curtains covering the windows behind the band. Chairs in the centre, among the beautiful clothing and a small bar in the back (beer, wine, coffee and snacks all available).
The Monk Junkies went on about 8:30 and played two 40 minute sets with a 20 minute intermission. From the get-go, I was very very pleased. Jake sang and played acoustic guitar, Jack Zorawski played upright bass, Alison Young on the red hot saxophone and Glenn Anderson hit the drums. 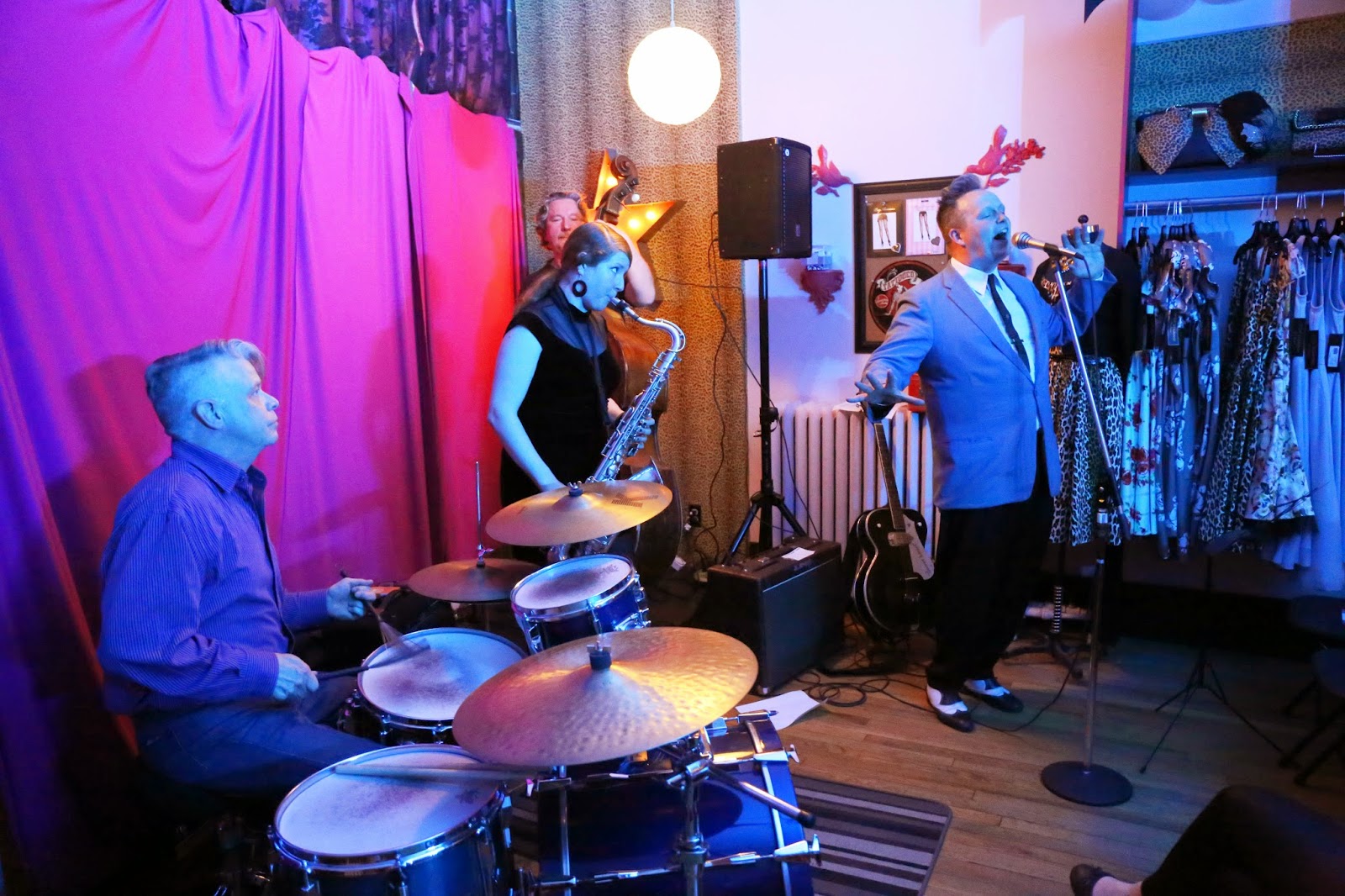 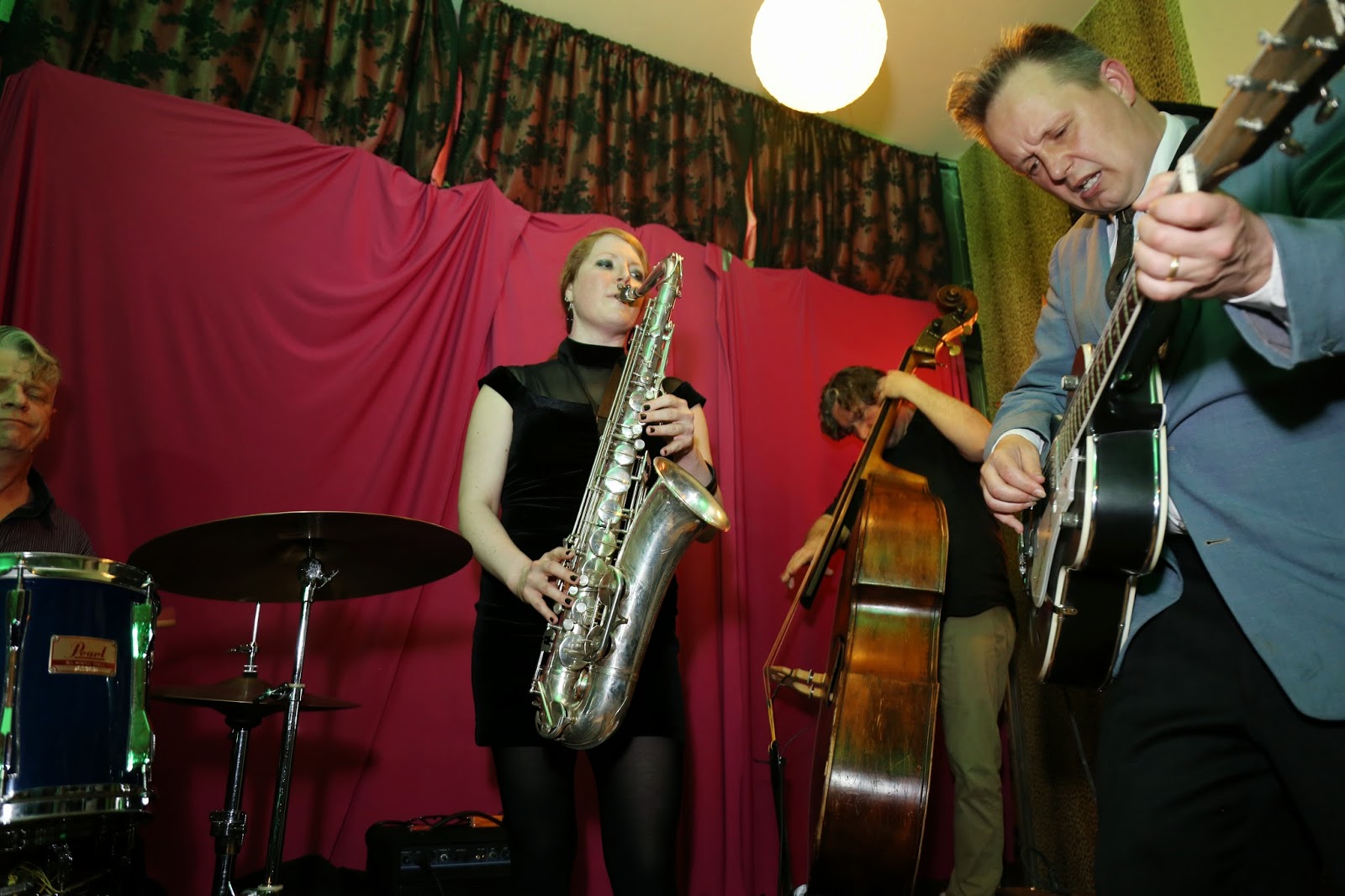 Photo by Kara Dillon
The first set seemed more mellow than the second, easing the crowd into the experience. Everyone was loving it, no matter what. Jake told stories of how the song lyrics came to be, all of which were very interesting and usually quite hilarious. 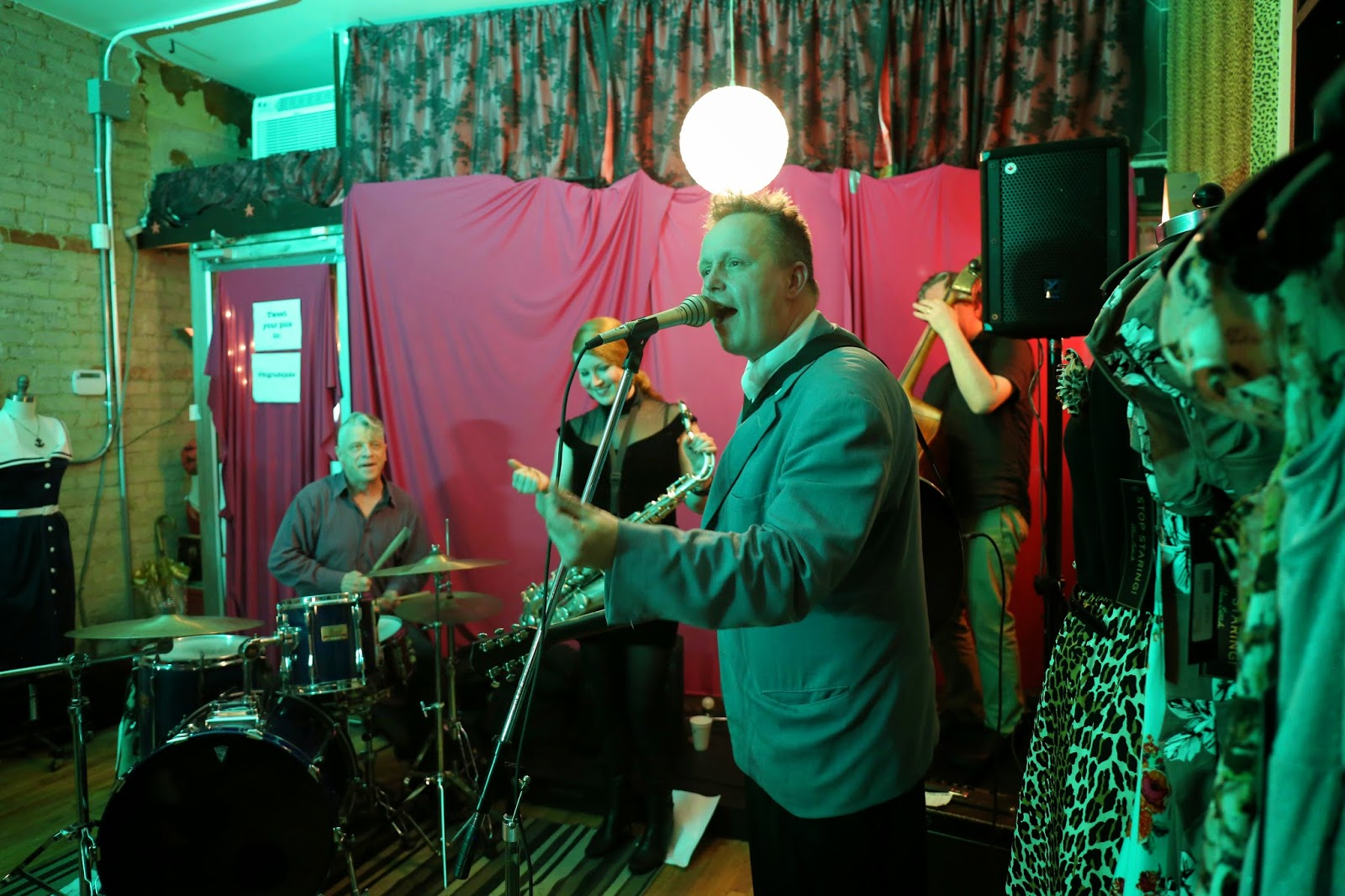 Photo by Kara Dillon
Two songs really stood out for me, both from the second set. The first song was "Song for Lily Christine" - a bumpy grindy ballad to a Las Vegas burlesque dancer from the 50s. Jake dedicated the song to all the "gals that take their clothes off" and "to those who paint the gals who take their clothes off" (thanks for that little shout out Jake!). Toronto burlesque dancers should look out for this tune!
The second stand out song was a tribute to the messed up and strung out we see from time to time. Jake romanticized on a story of an experience in a New York jazz bar, one of the last where being high was "legal" under the watchful eye of Giuliani. The song was full of emotion and ran the gamut of them at that.
There were so many other great songs but I don't want to spoil any more!
I got a chance to chat with Jake at the end of the show and found out that The Beat Cave would turn into a monthly gig. All the details still have to be put together but keep your eyes peeled on the TVS weekly events as we'll be promoting it for sure! 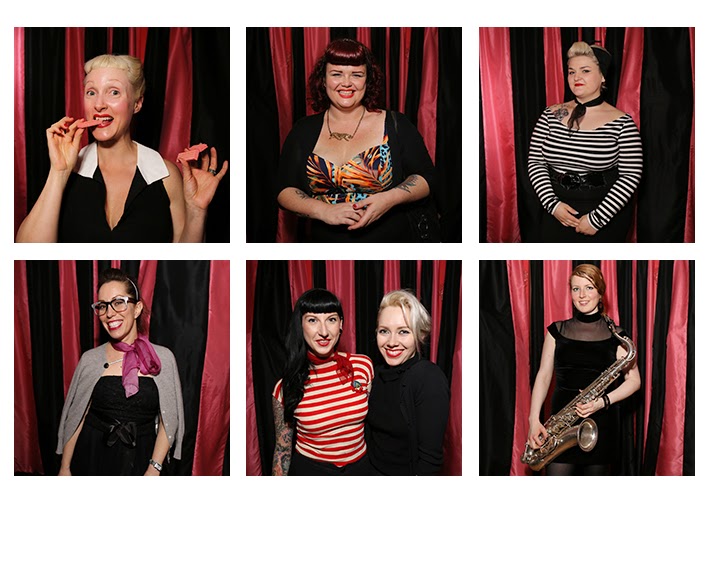