TIFF - Where Film, Celebrities, and Vintage All Make an Appearance!

We have hit the midway point for Toronto's film and celebrity event of the year -
The TORONTO INTERNATIONAL FILM FESTIVAL! 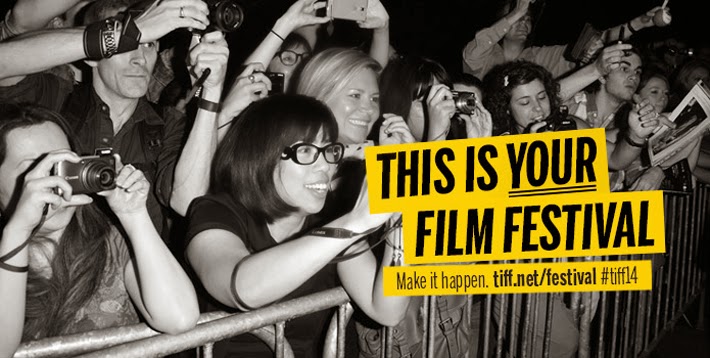 When we think of film we instantly invoke dreamy visions of the golden era.  TIFF helps us to bring that glamour to our city streets for 10 days every fall.

While most celebrities flock to snap up a modern designs,  a select few hit up our vintage shops for a breathe of something unique.... 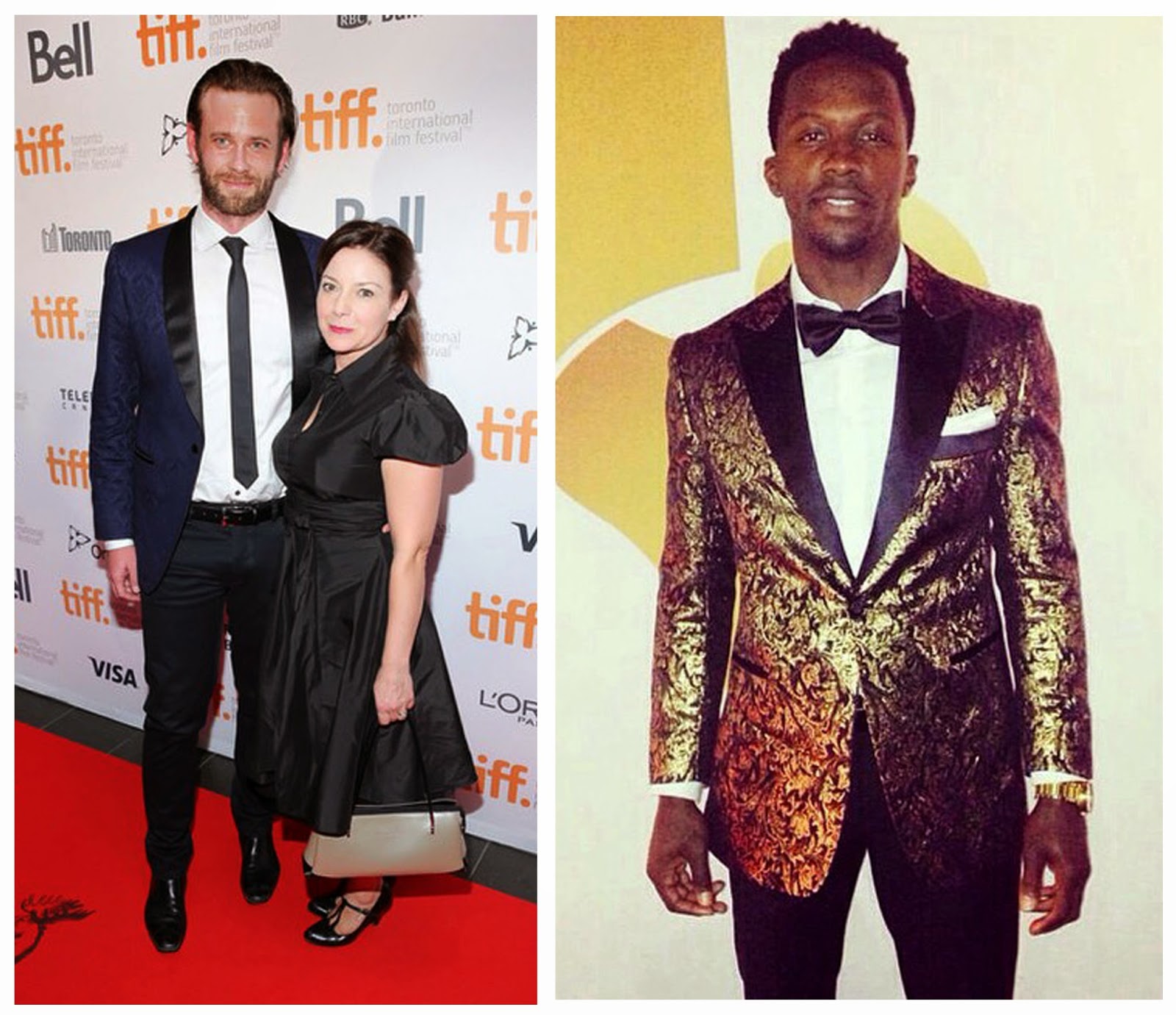 Here is a brief history of the event and how Toronto has become a respected force, helping to shape the world's cinematique landscape:

From www.TIFF.net
TIFF began in 1976 as the "Festival of Festivals," collecting the best films from other film festivals around the world and showing them to eager audiences in Toronto. That first year, 35,000 enthusiasts watched 127 films from 30 countries.
By 2012, those numbers have grown to feature 372 films from 72 countries, enjoyed by over 400,000 people. The Festival of Festivals (renamed the Toronto International Film Festival® in 1995) has introduced many of the world's great film artists to Toronto audiences. In the years that followed, many other artists have looked back on the Festival as the place where their films first reached a receptive audience and the foundations of their careers were built.
The secret of the Festival's success is its unique combination of two parallel festivals: one for a large audience passionate about film and one for the world's press and industry. The Festival also manages to be the launch pad for both big Hollywood films and art house cinema from around the world.
In 2010, TIFF opened TIFF Bell Lightbox, a unique centre for the appreciation of film in the heart of downtown Toronto. TIFF Bell Lightbox features five cinemas, two restaurants, major exhibitions, and learning and entertainment facilities. TIFF has remained committed to educating and broadening audiences, adding to the cultural richness of Canada’s community. Along the way, TIFF has become one of the most important and respected film institutions in the world.
************

We look to be inspired by the films, by the messages, the stories, the art of cinematography...but who can help themselves from wanting to catch a glimpse of the red carpet style?
When you do finally break down and "accidentally" sidle up King St - GLAMOUR is what you are hoping to find along the way. We hope to find a hint of that by-gone era...I mean if Hollywood can't bring it  - who can?!
Here are some of the visiting Hollywood celebrities who chose to wear vintage inspired styles: 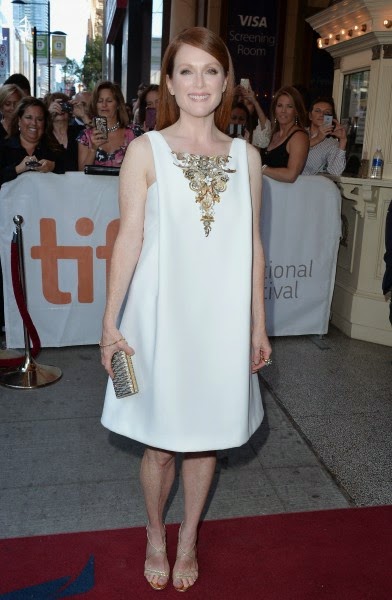 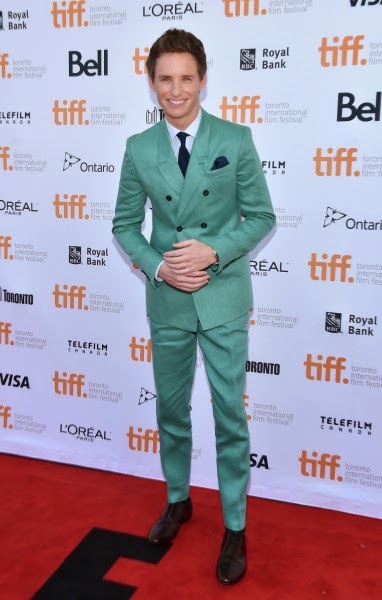 Eddie Redmayne (The Theory of Everything) bravely wearing the colour of my dream 1950s kitchen...and pulling it off as only Eddie can! (credit: Flare.com/Getty images) 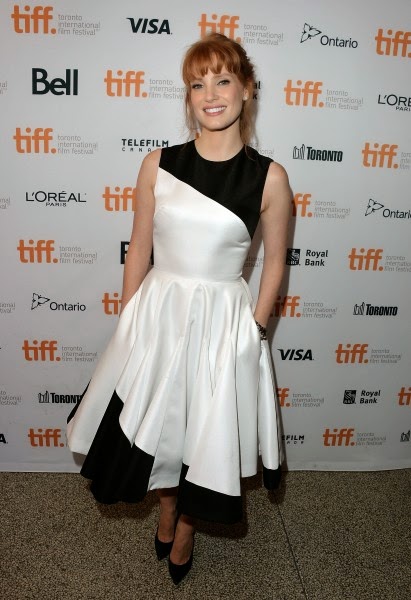 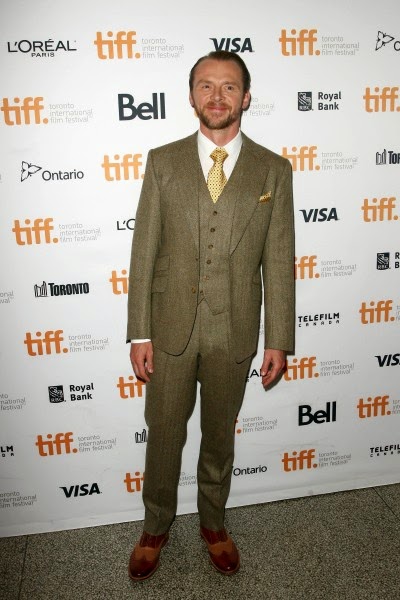 Simon Pegg (Hector and the Search for Happiness) channeling an early fall in his tweeds (credit: Flare.com/Getty images) 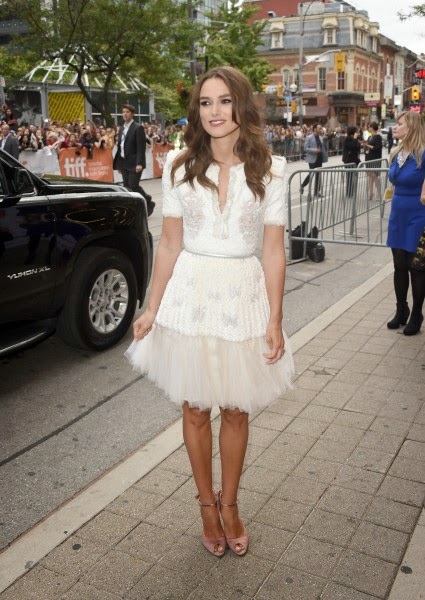 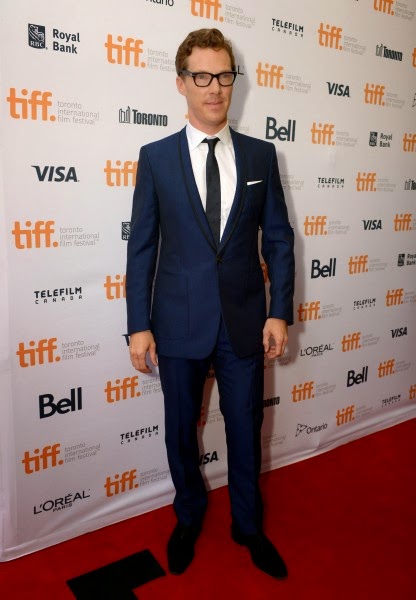 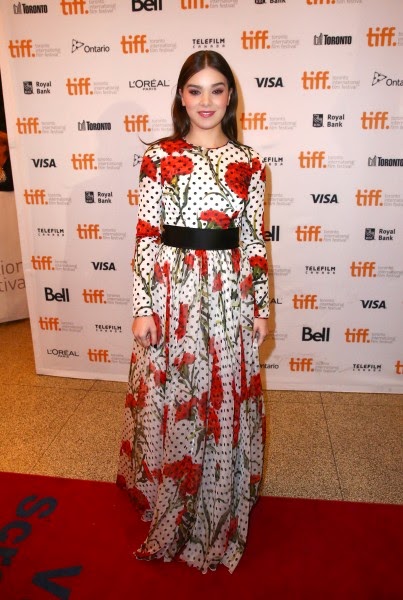 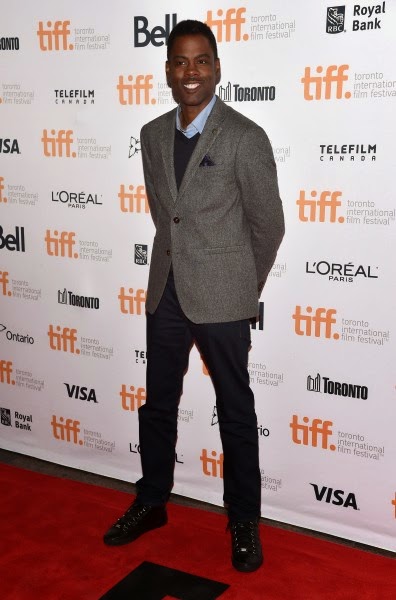 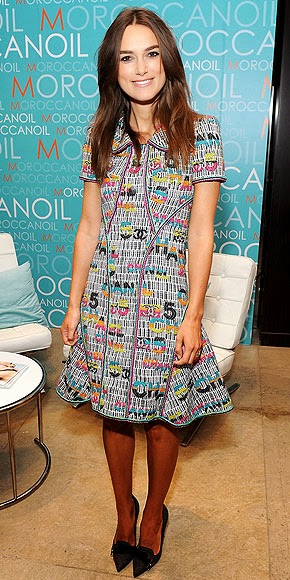 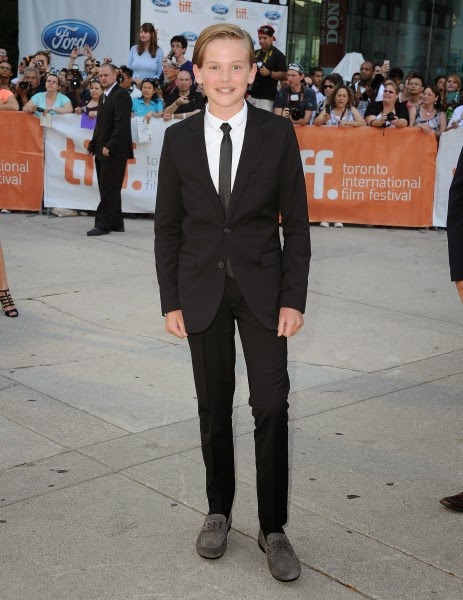 Garrett Wareing (Boyschoir) is starting off on the right foot in a mini Mr Draper suit and the Pete Campbell (pre-receding) side part (credit: Flare.com/Getty images) 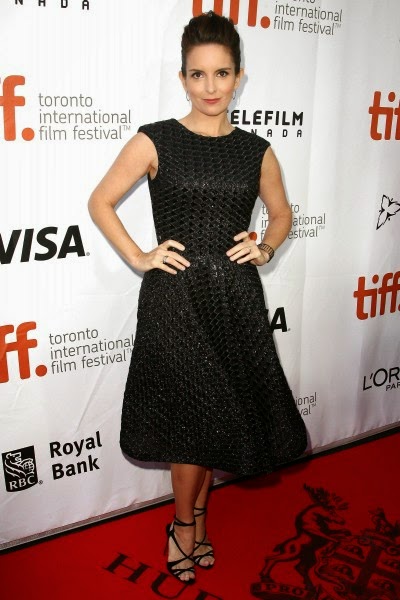 Tina Fey (This is Where I Leave You) is classic perfection in this 50s-esque fit and flare.  Give her a tiny tiara and could pull off an "Audrey"! (credit: Flare.com/Getty images) 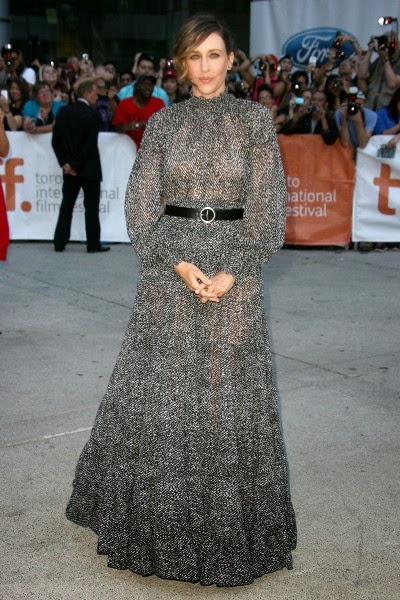 And finally - a true gown! 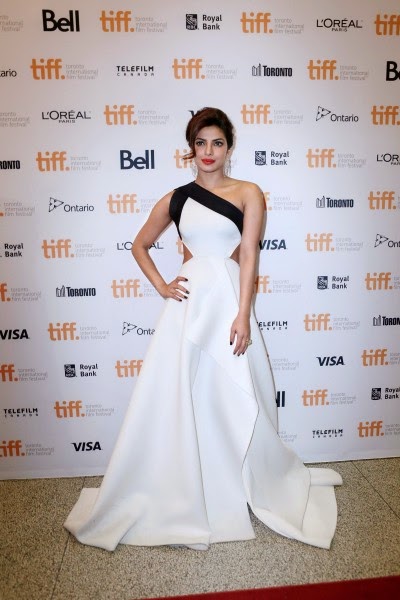 Priyanka Chopra (Mary Kom) wears a gown reminiscent of 50s Dior with modern colour  clocking and cut outs...now WHY isn't there are red carpet under her feet??!
(credit: Flare.com/Getty images)

To help us start  off the TIFF closing weekend festivities, we will be attending Electro Swing Club Toronto's VINTAGE HOLLYWOOD themed event at Revival Bar.
We will help the audience choose the "Most Dashing Dame and Dapper Dude" in the best dressed contest.  Winners recieve Gift Certificates from another one of our local vintage glam establishments - 69 Vintage! Performances will include sets by KHALIL & DON MESCAL, DJ Medicineman...and the always spectacular Coco Framboise! 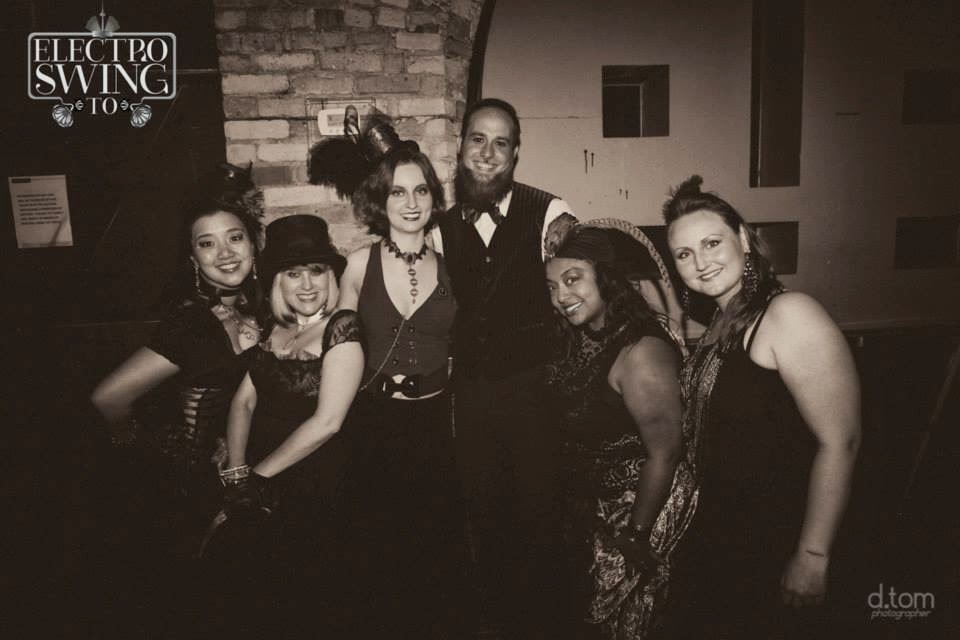 Did you spot Classic Hollywood Glamour in
Toronto during TIFF??
Did you wear vintage to a TIFF event?
TELL US!